ARE UNIVERSITIES EDUCATING STUDENTS FOR THE JOBS OF TOMORROW? 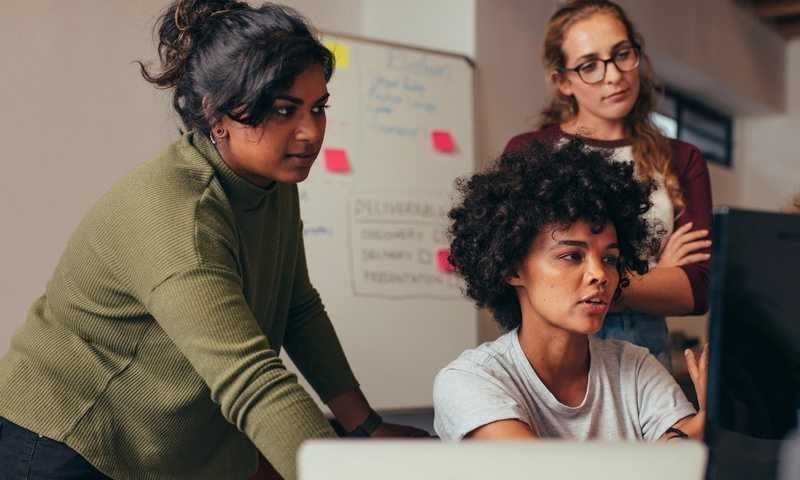 Our nation’s student loan crisis has many wondering whether or not college is still worth the price of admission.

As the collective debt balloons past $1.5 trillion, traditional four-year universities seem less and less auspicious. What’s more, thanks to the breakneck speed of innovation, experts predict many jobs of today won’t even exist in the next decade. We’re living in an era when driverless cars, robotic warehouse workers, and AI-based customer service agents are real-world products, no longer the stuff of science fiction.

While some promote fear of automation and paint a dystopian future, others choose to use critical thinking and history as a guide for what’s next. Renowned author and Oxford professor Jeremias Prassl – who writes about future economies – says “[the] history of work tells us technology makes work more interesting, more productive. It’s not just the destruction and substitution of jobs, but the creation of new types of jobs.” This leaves many wondering if universities are preparing students for the new jobs of tomorrow.

As it currently stands, American society continues to put traditional college-based learning on a pedestal above other approaches. However, as argued by Stephane Kasriel, CEO of Upwork, degrees also “tend to create a false sense of security, perpetuating the illusion that work — and the knowledge it requires — is static. It’s not.” While jobs of the past were largely static, going through very little change over many decades, jobs of tomorrow will be much more dynamic, requiring future workers to receive ongoing training to stay competent.

Thankfully, modern employees and companies are seeing the shift as it happens in real time. Rather than pigeonhole themselves, forward-thinkers are preparing for a future where skills matter more than a degree. Glassdoor, for example, recently listed Google, Penguin Random House, Apple, and IBM on their list of top companies that no longer require a degree.

“The value of education can’t be quantified. Perhaps it’s priceless. But the cost of going to school certainly can be calculated, and the figures are staggering.” – Quartz

According to recent estimates, America’s college loan debt has ballooned past the $1.5 trillion mark, making it second only to our nation’s steep housing debt. Considering the individual tally for each student is around $30,000, there are many reverberating consequences that borrowers and our nation are just coming to grips with. A 2017 study by the Federal Reserve Bank of New York found that soaring loan debt could be linked to diminished homeownership among millennials. A different study suggests taking out debt “for school influences almost every major decision people make in adulthood,” including when to get married, have children, or move away from home.

RISKS OF TAKING ON DEBT

Unsurprisingly, students who take out massive loans without ever completing their degree are in even more peril. Georgetown University’s Nicole Smith likens the situation to “purgatory” where students “have this extra burden and debt on [them] that cannot be written off.”

As more states discover how they will be affected by the crisis, local lawmakers are beginning to take preemptive measures. For example, when lawmakers in Georgia realized the true cost of their state’s growing education/employment gap, new policies were enacted to make it easier for students to stay on course and earn the credits needed for graduation.

Without a doubt, traditional four-year colleges will not fall out of favor in the immediate future. However, as the debt grows and people look to alternative options, we believe university will go from “the option” to “an option” for a brighter future.

Moving forward, we foresee a huge spike in apprenticeship programs such as our Academy at Techtonic. Rather than be bogged down with crippling debt and theoretical know-how, our rigorous program turns bright students into full-fledged engineers ready to tackle real-world problems.

What’s more, unlike traditional options, Techtonic’s students are paid a living wage while learning and building real applications for real clients. Our Academy is fully accredited by the U.S. government and adheres to strict standards set forth by the Labor Department.

In addition to our program, bigwig tech firms like IBM, Uber, Amazon, Lyft, and others are also using apprenticeships to recruit and foster new talent, suggesting that 2019 is just the tip of the iceberg of what’s to come.

You can find out more about which cookies we are using or switch them off in settings.

This website uses cookies so that we can provide you with the best user experience possible. Cookie information is stored in your browser and performs functions such as recognising you when you return to our website and helping our team to understand which sections of the website you find most interesting and useful.

Strictly Necessary Cookie should be enabled at all times so that we can save your preferences for cookie settings.

If you disable this cookie, we will not be able to save your preferences. This means that every time you visit this website you will need to enable or disable cookies again.